iansoady
Holder of a Nylon Anorak

Roger James wrote:why not consider putting the adjuster approx half way along its run so you can access it within the parcel compartment, Roger

That's exactly what I've done on my Arrow so it's accessible by removing the toolbox. I've also put a midway adjuster in the throttle cable in the same place, and relocated the front brake adjuster to be in the run between the lever and the grommet in the dummy tank as I didn't like the location down by the wheel. 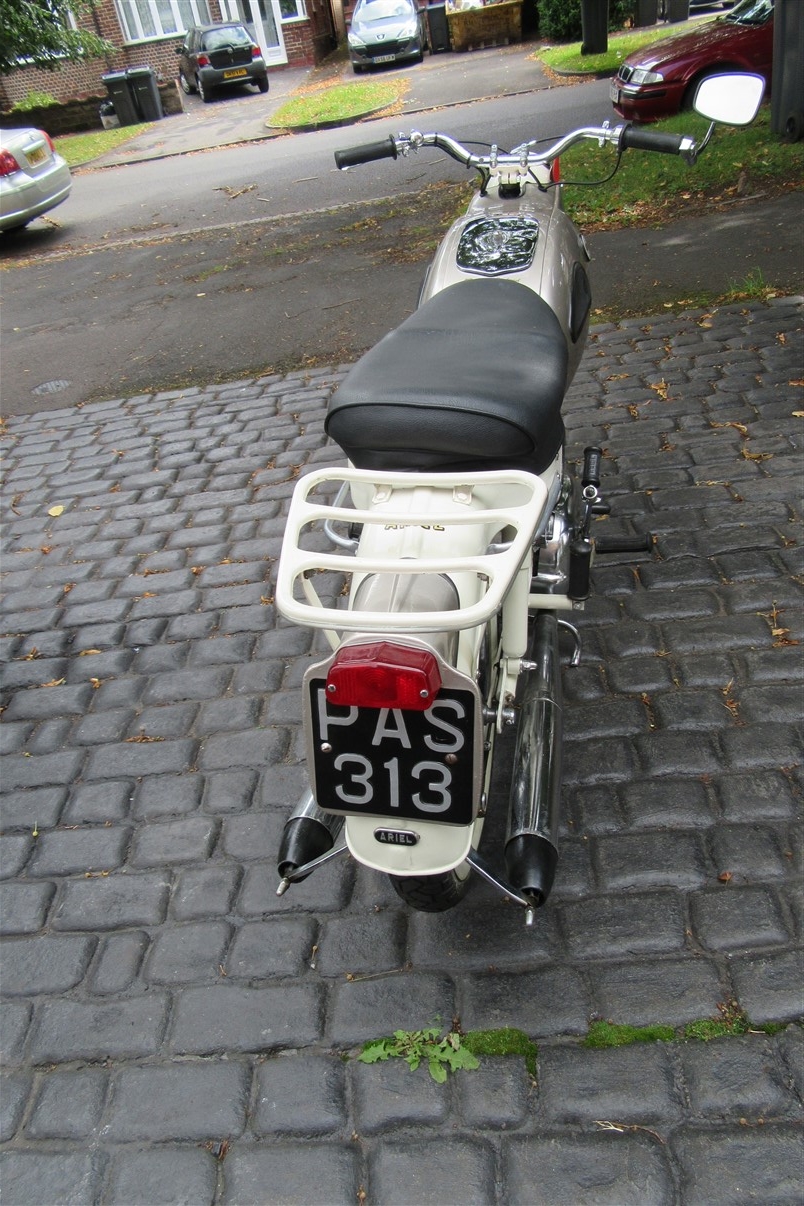 In my view, it is better to employ a handlebar lever with an integral adjuster, which avoids the need for a mid-adjuster in the cable. I have also made up a cable around 120mm longer than standard, which allows a much better route, particularly at the lower end, where it permits a larger radius as the cable approaches the abutment on the gearbox.

However, there is another fundamental problem with the clutch operating mechanism. The 1/4" ball in the adjuster screw on the operating lever inside the gearbox can rapidly indent the end of the clutch push rod. When this happens, as the operating lever pushes on the end of the rod, it tends to push it sideways due to the lever's angular swing, thus causing the rod to bind in the bore of the hole in the gearbox mainshaft - leading to heavy clutch operation. To try and get over this, I have made up an adjuster screw with an insert having a much larger spherical radius on the end which contacts the push rod. See picture - new adjuster on the left; standard one on the right.

I made the insert from an old high-speed steel end mill, but a piece of 1/4" silver steel rod, suitable hardened, would do the job. The larger radius is much less likely to indent the push rod - the end of which should be carefully ground flat first, so that the radiused end of the adjuster screw will wipe easily across it.

In fact, what I did was to make up a special two-piece push rod. The hole in the mainshaft is not always quite straight and a single long push rod can tend to buckle in the middle and, again, introduce extra friction and clutch heaviness. I also made the total length of the two rods slightly longer than the standard single rod, so that, when the clutch is at half lift, the end of the rod is exactly in line with the axis of rotation of the clutch operating lever. Another important point is that the end of the external operating lever, into which the cable nipple fits, is not always in a direct line with the hole in the cable abutment on top of the gearbox, so that the end of the cable inner lies at an angle to the end of the outer. If it is misaligned, it is easy enough to bend it into alignment.

The purpose of all this is to try to ensure that the force applied to the operating lever by the cable actually pushes as directly as possible on the clutch outer plate with minimum loss of effort, rather than much of the effort being dissipated by friction before it gets there. In practice, the result is a much lighter clutch.
Last edited by Stuart McGuigan on Sat Jul 14, 2018 5:02 pm, edited 1 time in total.
Top

Hi Stuart, are you going into production of those clutch modifications by any chance?.I replaced clutch on my arrow and it does feel heavy,Regards Roy
Top

Thanks for your interest Roy. I could probably make a batch, if there was sufficient demand.

tstewart
Holder of a Nylon Anorak